Reverence for the Future and the Past 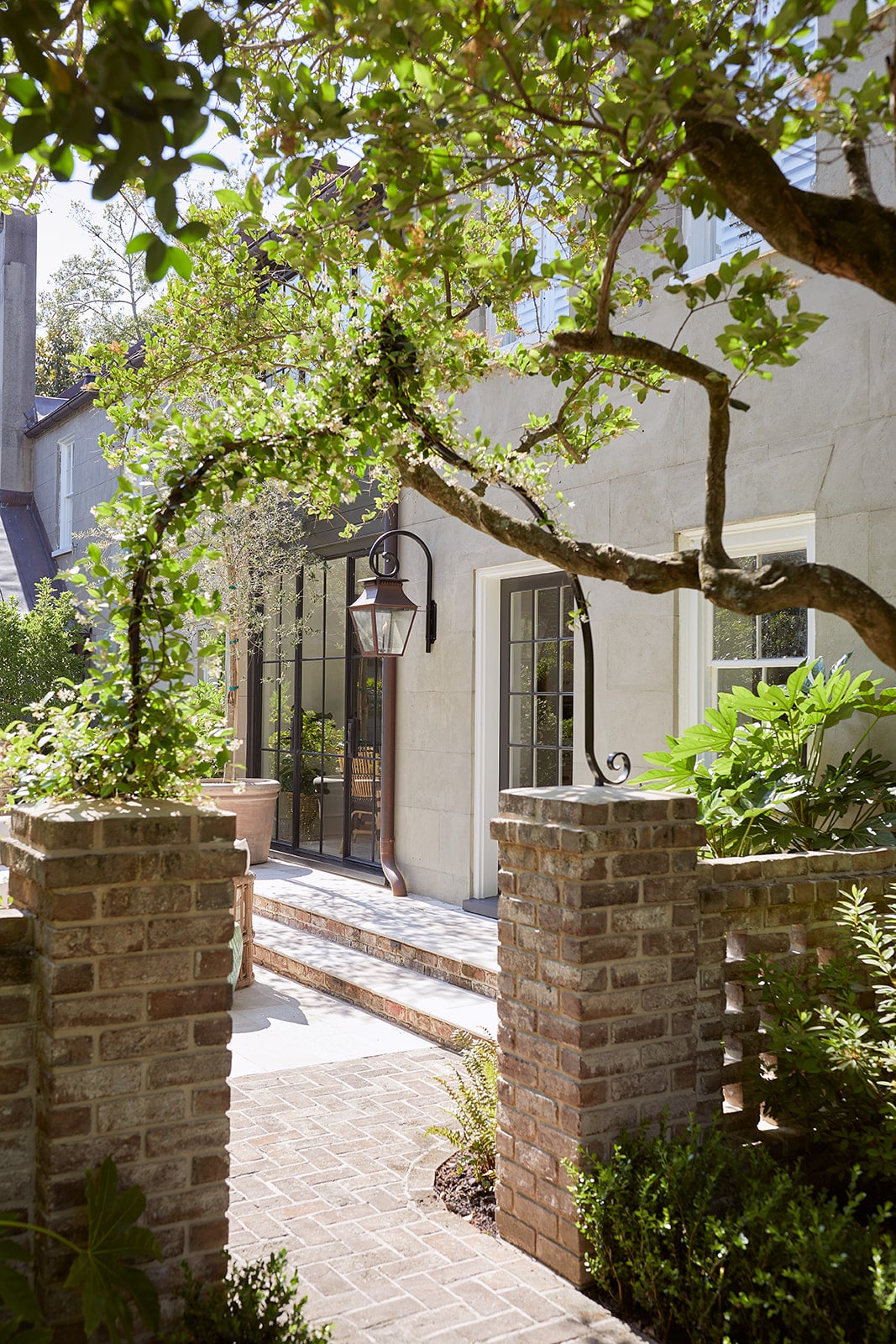 Located on one of the most historic and iconic streets in downtown Charleston rests a centuries-old Italianate. As you step through the iron gate, you are greeted by a formal entryway, and, as you proceed toward the back of the house, you’re immersed in a comfortable family home that has been expertly restored and thoughtfully modernized.

If you had visited this home in the mid-twentieth century, you would’ve found six separate apartments, serving as a boarding house. In more recent decades, you would’ve discovered a derelict property requiring years worth of restoration and remodeling. Some may have viewed the restoration of this home as an unnecessarily laborious endeavor. PWD Studio’s team, however, saw an opportunity. One that would require an enormous architectural undertaking, a feat of engineering, and a skilled team of preservationists accustomed to navigating the Charleston BAR– but, an opportunity nonetheless.

PWD Studio’s task was to bring the home into the twenty-first century by creating a cohesive floor plan with plenty of modern functionality all while preserving as many of the home’s original architectural details as possible—floors, windows, period railings and other millwork, ironwork, and stonework. We enlisted our interior design and architecture teams, as well as skilled local artisans to ensure expertise and craftsmanship throughout the renovation process. In addition to preserving historic architectural elements, we integrated period-specific refinements such as coal-burning fireplaces with custom brass and iron baskets.

While the project was a celebration of architectural achievements and preservation efforts, it was not without its challenges. And when the inevitable adversity presented itself in the form of the home’s central fireplace failing midway through the project, we collaborated with our engineering and construction teams to devise a resourceful solution that was both architecturally and aesthetically sound. Ultimately, we preserved the historic chimney but carved out the fireplace and hearth, which left a large hole. This created the perfect space for a custom, larder-like closet, where the homeowner’s china collection is displayed like functional art. And rather than toss out the old fireplace bricks, we used them to pave the floors and incorporated them into the kitchen backsplash, adding elegance and character to the revamped space.

As we designed the interiors we let the house lead, allowing the design to reflect the home’s natural progression, which transitioned from historic formality near the street to more casual living spaces in the recent additions at the back. New, modern steel-framed French doors were installed to create a sensory pause between the two halves.

The homeowner brought much of their own furniture, so PWD Studio thoughtfully integrated the design efforts with corresponding window treatments, paint colors, wallpaper, lighting, tile, flooring, and other finishes in order to both shape and more fully realize their individual vision.

The culmination of our architectural and interior work, paired with the property’s undeniably remarkable bones and storied past, creates a timeless yet modern home built to endure another hundred years. 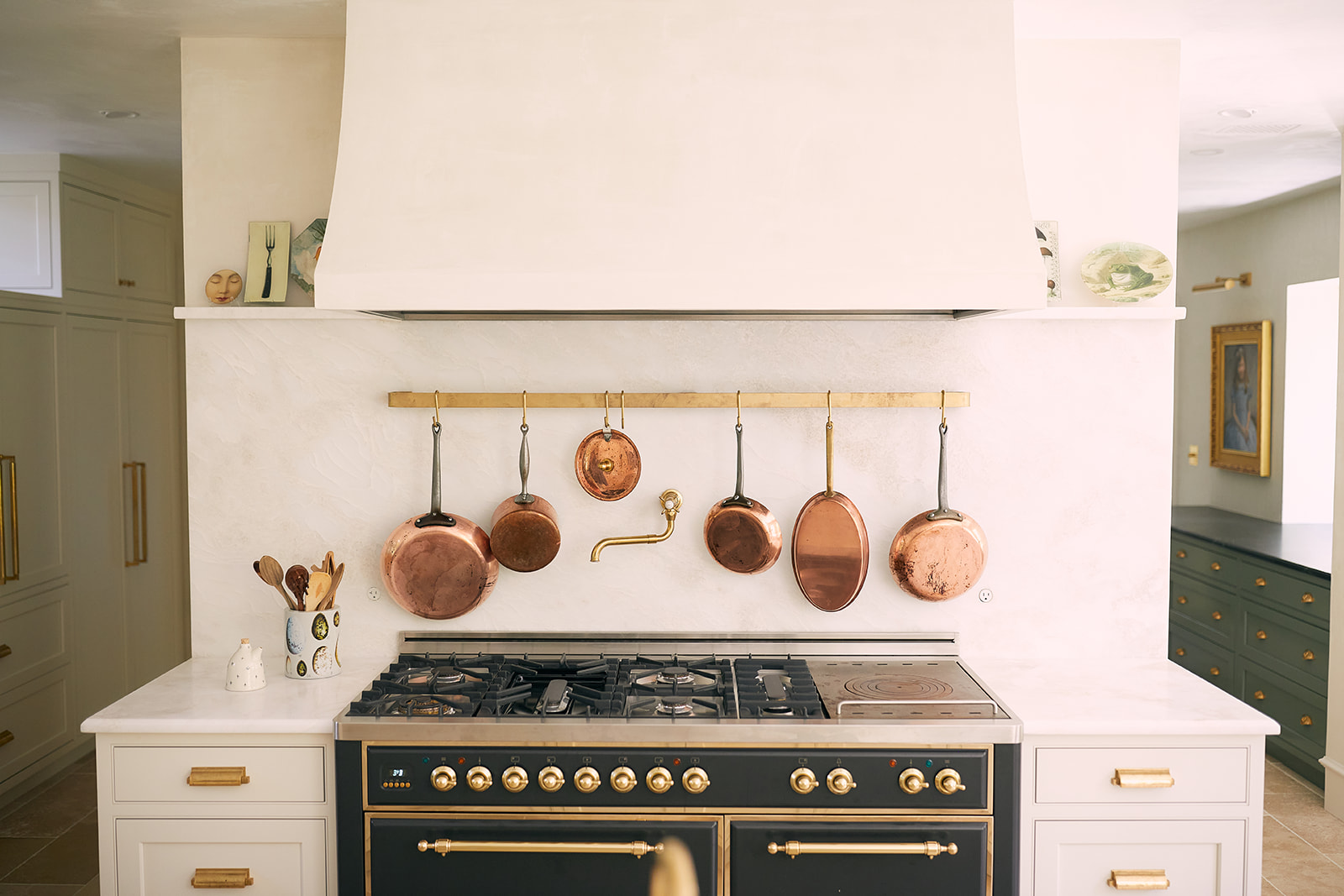 To bring this home into the twenty-first century, the PWD Studio architectural and interior design teams created a cohesive floor plan with plenty of modern functionality.
View portfolio

More from this project